Walla Walla based winery The Walls has purchased French Creek Vineyard in Yakima Valley. The purchase was made in partnership with James Utz, a Tri-Cities-based wealth manager.
“I wanted The Walls to have its own estate story,” says owner and founder Mike Martin. “This helps do that.”

Since its founding in 2014, The Walls has used French Creek Vineyard for its Martin’s Gold Chardonnay. French Creek is also the source of winery’s Lip Stinger Grenache Blanc and Cruel Summer Rosé. Martin says the purchase will help the winery grow parts of its portfolio.

“It gives us a chance in the years ahead to grow some varieties that we’re familiar with and hopefully supplement some wines and maybe make some new wines as well. It’s going to take time.”

Fruit from French Creek also goes to a number of other top flight Washington wineries, including Sleight of Hand, Valdemar Estates, Grosgrain Vineyards, Devium, and Forgeron Cellars, all of which have made French Creek designated bottles in the past.

“They’ve been working with the vineyard for a while, some probably longer than us, and my intention and expectation is they’ll continue to in the years ahead,” Martin says.

Grower Damon Lalonde, who has managed the site since 2011, will continue to farm French Creek. Over time, Martin expects to plant additional white Rhône varieties, as well as some Portuguese varieties that would be new to the state.

“It gives us a bit of a canvas to play with,” Martin says of the purchase.

French Creek was first planted in 1981 by Shad E. Hope, whose in-laws homesteaded at the site. The vineyard was subsequently purchased by Rajan Parashar, who later sold it to Jon Meuret, the founder of Maison Bleue. Meuret’s Au Contraire Chardonnay helped bring the vineyard to greater prominence. In 2013, Meuret sold the vineyard to Tom O’Brien, the most recent owner.

“The brand and the model for The Walls is never really going to be 100% estate winery,” Martin says. “We enjoy making different kinds of wines, and we have some great partners. But given the lay of the land and working with [winemaker] Todd [Alexander], I certainly appreciate the value of vertical control.” 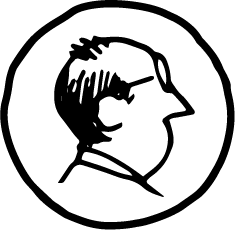